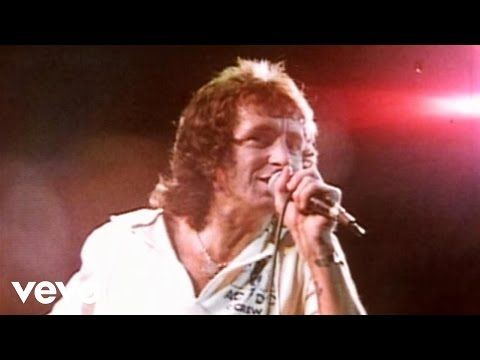 AC/DC’s classic song “Dirty Deeds Done Dirt Cheap” is fun to listen to and is an ear worm I’ve frequently got stuck in my head.

Another ear worm, which is far less welcome to me than the late, great Bon Scott wailing out his iconic line, is “I need a web design done dirt cheap.”

An example of just how badly this can go for people is found in a Facebook group post I saw today. This is just…so bad. It hurts to see people waste their business’s money like this.

For readers of my post using assistive technology (that link is for the rest of the world who doesn’t know what accessibility is and why it’s important), here’s the readout of the image above, with abbreviations expanded:

Just had a client call (not a web client – he didn’t know I did web design) to say he’s going with Telstra for a website for $30 per month including domain and hosting, and the site they’re doing is a clone of his Facebook page. Cheap n Cheerful

Folks, this is so bad. Someone is convinced they’re getting $360 per year in value from some company copying and pasting their Facebook page into a web template.

Here’s the truth. And I’m going to enumerate that truth to ensure the message is clear.

For anyone not yet convinced, let me put it another way. Let’s say you’re in the film making business. You own a studio that creates original content that you want to get distributed to Netflix or Amazon Prime. Someone comes to you and says, “Hey, I have a great idea for a movie! I copied and pasted it from another guy’s script and you can have it for $30!”

Would you give that person even a minute of your time to explain further? Or would you tell him to take a long walk?

Now comes the part where I explain how I’ve done websites for $100 per month. It may seem hypocritical. It may seem crazy. But it’s actually in “crazy like a fox” territory.

And it’s a legit 233% increase in value over a $30 per month website because I provide more than just the site design.

People do come to me, entrepreneurs mostly, who are “bootstrapping”. They have very few funds and great big dreams. I freaking love those people. I want to help them. And I do work with some of them. It depends on a few things, like if I know them personally and/or the merit of their business and whether I see them succeeding in their particular niche.

But I always specify when quoting them $100 per month website work that this website should always be considered temporary.

I make no bones about the fact that a $100 per month website, like a salesman in bermuda shorts and a floral print shirt getting them an occasional personal referral, is not going to be their best look. I even get them to sign off on that fact. I constantly encourage them to reinvest revenues gained from whatever work their site brings them by putting it back into not just the website but into SEO and digital marketing (which is part of my $100 per month package).

I tell them they need to trade up to a better, faster, more meaningful and “representative of their dream” website as quickly as possible. This is only for purposes of “getting a domain and making a name” as they leverage whatever opportunities they’re finding in their market to build their business.

This is a bit selfish on my part, to be sure. I’m not ashamed. I am not a charity. I want their business to grow, but I also need there to eventually be an upside for me if I’m going to invest cut rate time in their venture. If the business owner doesn’t pull their weight in terms of getting their business rolling, I either need to raise my prices to get them to put more skin in the game or get out of the game.

But that’s far, far different from some website mill churning out copied Facebook pages for $30 per month and providing no value at all. That is a real dirty deed that will end up costing the site owner business.