How to Fix Divi 4.0.6 Visual Builder Problems on Pantheon.io Hosting

Or, How to Stop The Divi Visual Builder Spinning Dots of Death

Jump To: hide
Or, How to Stop The Divi Visual Builder Spinning Dots of Death
The Solution (For Now)
Why Did This Happen?
What’s Next?

Here at Webidextrous, we maintain several websites for our clients who have chosen Pantheon.io for its high-quality security and performance for WordPress and Drupal sites. We like Pantheon.io so much that we became an agency partner.

For anyone not familiar with it, Pantheon.io has rebuilt how hosting works from the ground up to support more robust and secure WordPress hosting. You can read my article about how Webidextrous creates high value for our clients via Pantheon.io on their website.

Sometimes with added security and performance come a few inconveniences. About a week ago, as I was editing a few sites that use the popular Divi theme builder by Elegant Themes, I noticed that the Visual Builder was not loading. It would begin to load, and then would get stuck on the “spinning dots” preloader.

I remembered that I had recently upgraded from Divi 4.0.5 to 4.0.6. Usually, a Divi upgrade has at least one bug that can affect most sites. So, I rolled back to 4.0.5 and that solved the issue. It was definitely the Divi 4.0.6 Visual Builder that was having problems.

But that was only a temporary solution. Eventually, I’d want to upgrade to 4.0.6 and beyond. If this issue was something more permanent and systemic, I needed to know.

The Solution (For Now)

Long story short, and after lots of trial and error and testing of the Divi 4.0.6 Visual Builder, plus many rounds with the Divi community and Elegant Themes chat support later, I had a solution in hand. I share it here with you now in case you’re a Pantheon.io agency or site owner. It may also be applicable on other hosts that choose to make the live WordPress site more secure from malware injections by making the production site 100% read-only.

Why Did This Happen?

In the updates to 4.0.6, the /cache/ directory that the Divi theme was writing to changed paths. The new path is now /et-cache/. That’s basically it. Pantheon.io just needs to know the new path and map it to its writeable, secure filesystem via a symlink.

As to why this happens in general, well, it’s because as awesome as WordPress is, it was built around a hosting ecosystem that is inherently insecure.

Hosting got that way because hosting has largely been an exercise in patching together different bits of software to try to efficiently serve web pages to browsers.

So, WordPress theme and plugin developers have gotten used to being able to write pretty much whenever and whatever they want to WordPress directories.

Pantheon.io aims to change that default behavior while still accommodating the need for plugins and themes to write somewhere.

This added security results in our needing to do a little extra work to ensure the site remains stable and secure.

As I discussed this in the official Facebook group for Divi, the community moderator tagged a lead developer/support person at Elegant Themes. This person stated that this issue will be addressed more directly in a forthcoming version of Divi. So, I’m assuming that means that the above workaround might not be necessary from that fix onward. But this fix will return most Divi sites on read-only WordPress sites back to normal working order and can probably remain as-is going forward. 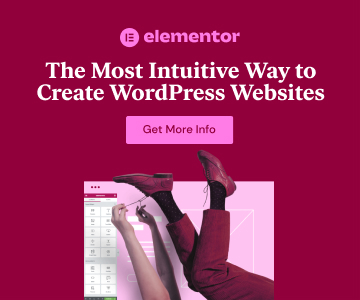